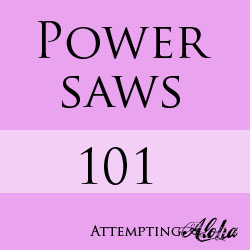 I LOVE a good side-by-side comparison, don’t you?  Have you ever wondered, “What’s the difference between a circular saw and a miter saw?” Yeah, it wasn’t that long ago that I didn’t know the difference, either. So I thought my first side-by-side would be about power saws!
This is just to give you a really basic visual of the tools and their names and how much they cost. The photos are all from Harbor Freight. They have the lowest prices on ALL these tools except the table saw. I recommend reading through all the reviews, though since many of their power tools need a tiny bit tweaking or adjusting. Some people don’t want to deal with the hassle. For me, though, it’s worth the huge savings on certain tools.  ((I am not being paid by Harbor Freight. This post is purely informational and based on my own experiences and shopping.))
So let’s take a look at each of these tools and what they’re used for. 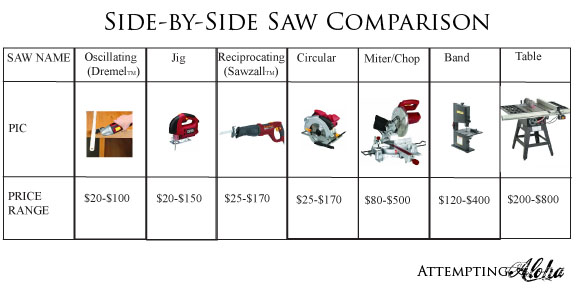 ** This is my original design and idea. I hope to ... END_OF_DOCUMENT_TOKEN_TO_BE_REPLACED