So I had to take a break from all the Christmas crafting. It was getting a little depressing having a whole bunch of fun new decorations that I still can’t put up because my living room is torn apart…

So I moved back to doing the girls’ room again for a minute.

I’ve been loving PB’s girly lamp for quite awhile:

I knew my poor little Target lamp had the perfect make-over potential. She was just waiting for her day at the spa for a facelift!

I purchased this on clearance about 4 years ago. I know I wouldn’t have spent more than $15 for it. 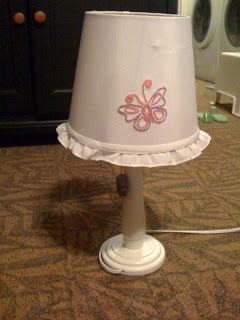 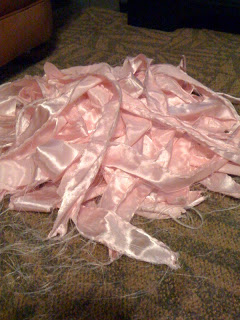 Then I had to de-thread the edges. The charmeuse fabric I used was SOOO stringy! 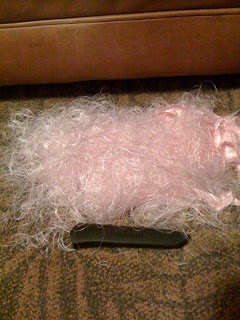 Then I stitched down the sides with the tension on the tightest and stitch length on the longest. So for my Singer Simple that meant turning the knob on the left to 9 and the one on the right to 4. 🙂 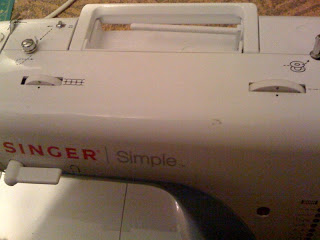 I didn’t worry about backstitching ends or anything. Just zipped them out really fast and ended up with a big pile of fluff: 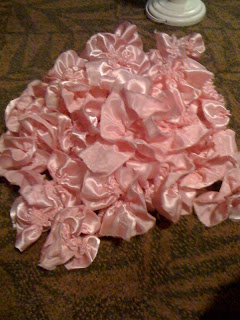 Before this, I did attempt to do a different flower I’ve seen lots lately. The one on the right was rolled. I actually liked it better, but they took much longer, and they took up less space, so I would have had to do two million instead of just one million… 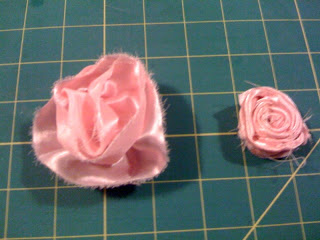 Since I had so many to do and since I knew it wasn’t going on something that will be touched or played with, I figured I’d cheat and skip any hand-stitching of the ruffles when rolling them into flowers. I just cut out circles of flannel (it’s what I had on hand) and hot glued the flowers right to the circles. 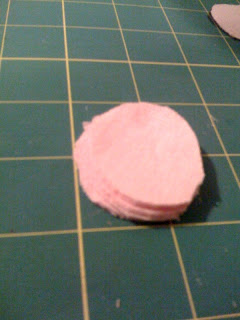 Under side after flowers were glued to circles. 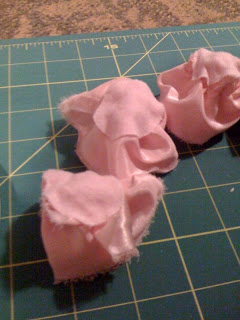 I kept three ruffled strips and glued a strip at the bottom: 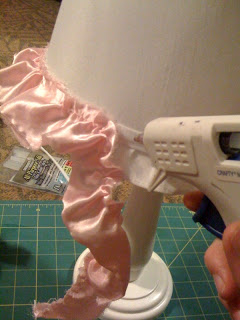 Then started gluing on the flowers: 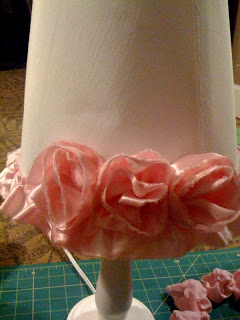 I used the one lonely rolled flower to put over the pull chain temporarily. I plan to buy a cute jewel to put there instead. 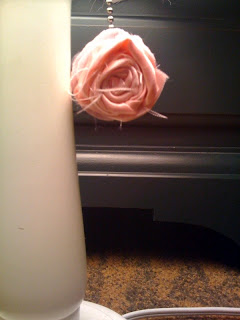 Here she is all lit up at night: 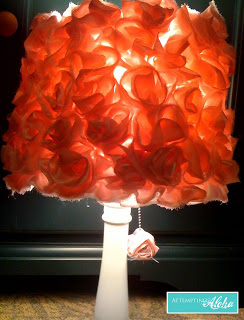 And in her new home: 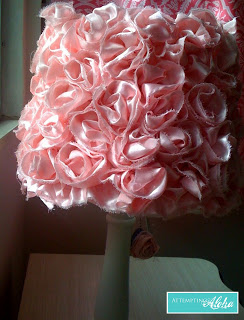 She has lovely views! 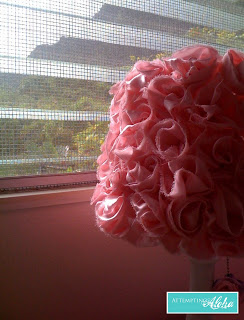 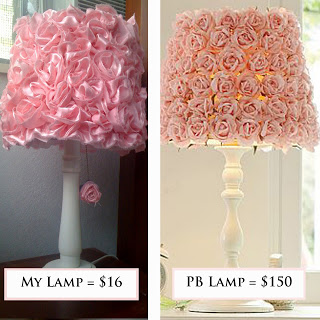 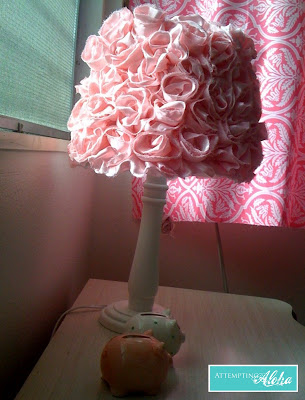 Leave a Reply to Sonya@Beyond the Screen Door Cancel reply

** This is my original design and idea. I hope to ... END_OF_DOCUMENT_TOKEN_TO_BE_REPLACED