Aloha!
I’ve wanted a nice gallery-wrapped canvas print of our family or my girls for a really long time. I’ve scoured the internet in hopes of finding something super cheap and amazing (for years!), but it seems like for a nice 16×20 or 20×24, they were always over $100. And for a growing family whose pictures are going to change quickly, that seemed like quite an investment…
I’ve noticed that the rolled canvases are significantly less expensive, but I’ve been afraid of ruining a nice print on one of my “I think I can do that” whims. Then Uprinting Canvas Prints offered me a sweet chance to test out my theory by participating in their campaign! I LOVE it when things like this fall into place!
Since this one was the tester, I decided to do a project I’ve been meaning to do for a friend of mine for a few months now.  I don’t want to bog down this tutorial with too much back-story, so I’ll post the story of this print later on this week. Deal? 🙂 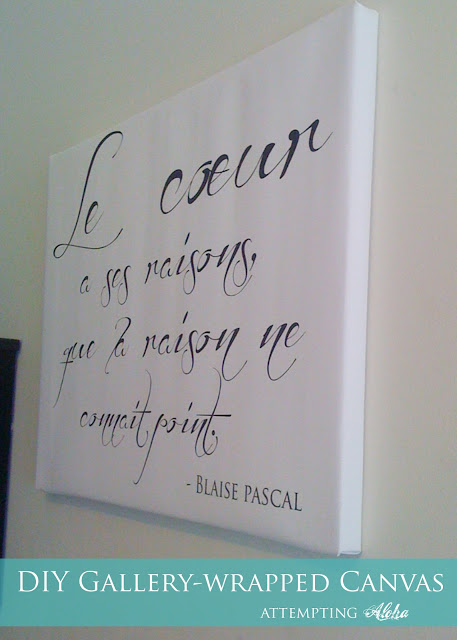 Okay, so here we go. I ordered the print from Uprinting.com and tried REALLY hard not to get too distracted by their other great products and prices!   A 16 x 20 rolled canvas is $25.56 and has a 1 business day turnaround! 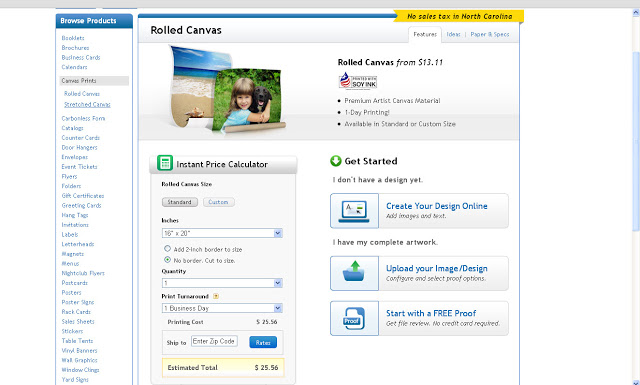 It comes in this awesome box that will keep it nice and protected: 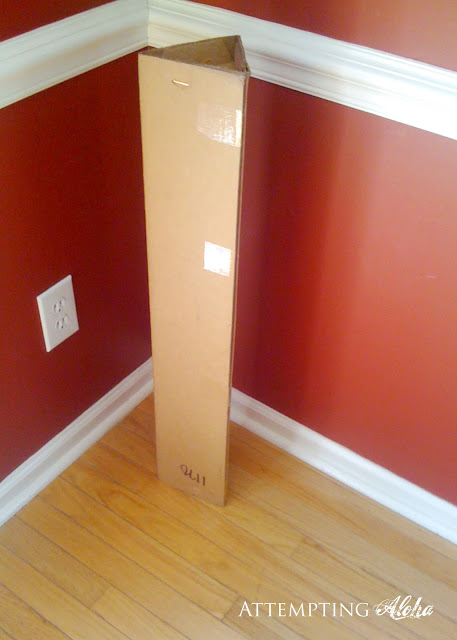 I was really impressed with the quality of the canvas. It was really thick and sturdy but still nice and soft. 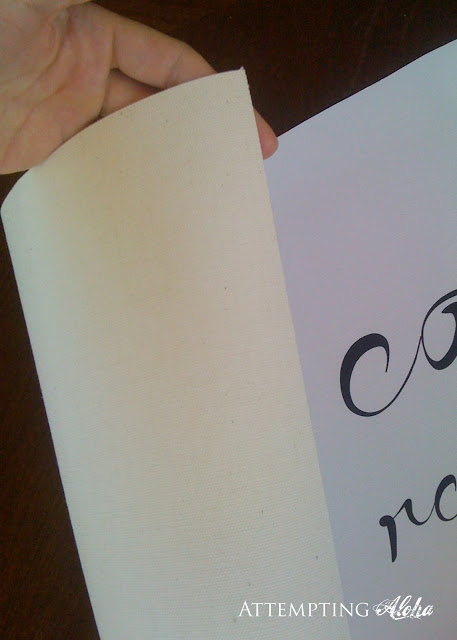 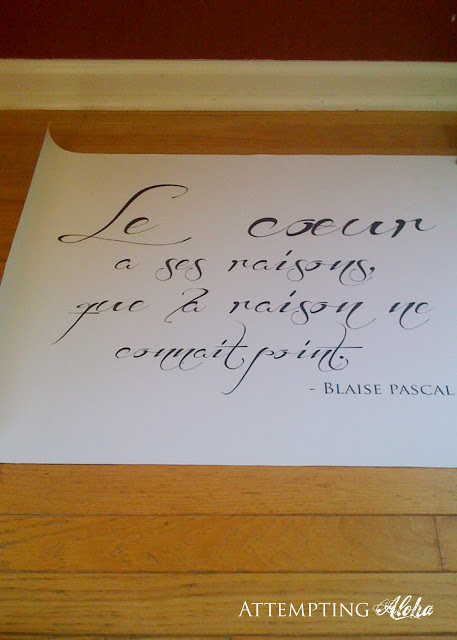 Now meet my new miter saw. Don’t underestimate the power of this tiny guy. He can definitely get the job done! And yes, my clamp did need to be switched to the other side (for any of you  observant folks noticing the awkwardness of that angle/cut).

If you’re not too into building or don’t have tools, you can also buy stretcher bars that you can easily hook together. But the cheapest I could find was online at Scribbleshop.com, and even then, it’s about $2 per piece, so another $8 plus shipping added to the total. Still a significant savings over buying a stretched canvas, though! 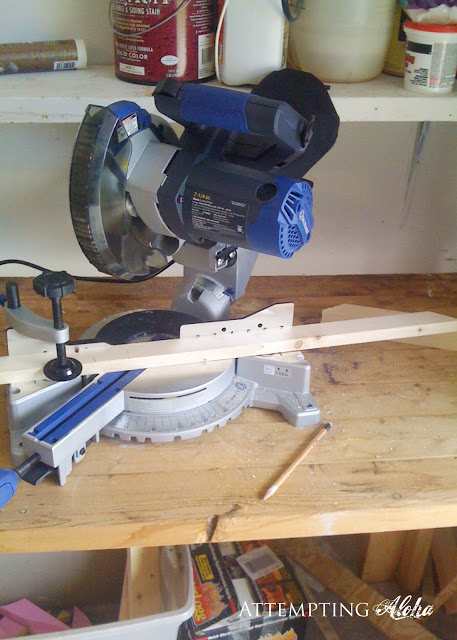 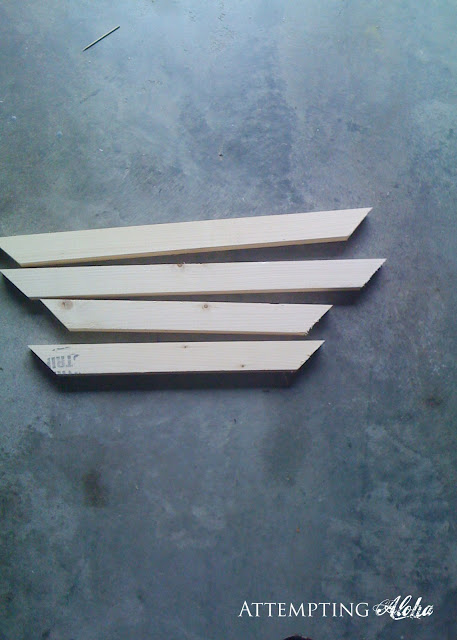 I then used Gorilla Glue and my nail gun to connect the four pieces together. 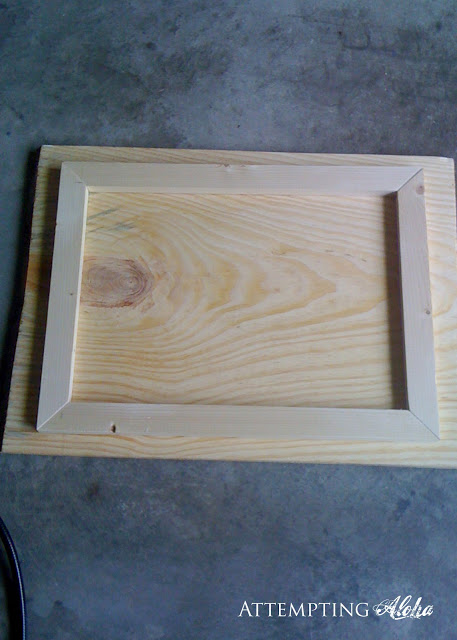 I found a good YouTube video AFTER I was done with mine, and I think I would try her way next time. I’ll post that video at the bottom. She gives good tips for lining it up, so it’s centered and being sure to stretch it really taut. Mine ended up being a little more loose than I’d like it to be… 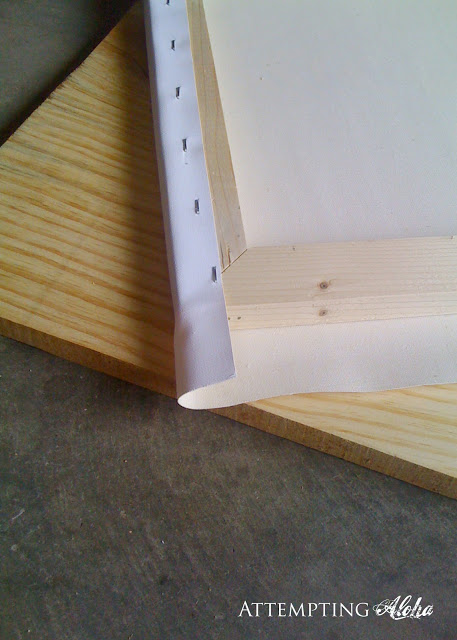 For my corners, I first pulled the side in flat. 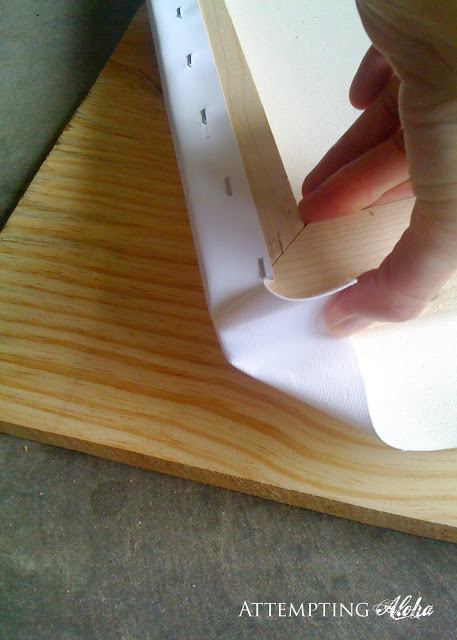 Then I folded the stapled side up, BUT… NEXT TIME I’LL FOLD THEM DOWN AROUND THE WOOD AND STAPLE THEM FIRST!  Sorry to yell that out, but I know someone is going to just look at my pictures and not read what I have to say about it ((sigh)). 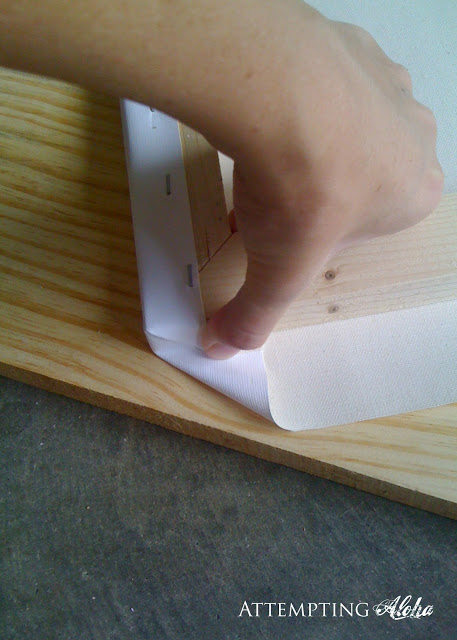 Then fold the last side over and staple into place. See the small lump left there by that first fold? That would have been avoided had I folded it the other way instead. Oh, well. I’m here to make these kinds of mistakes, so you don’t have to, right?! 😉 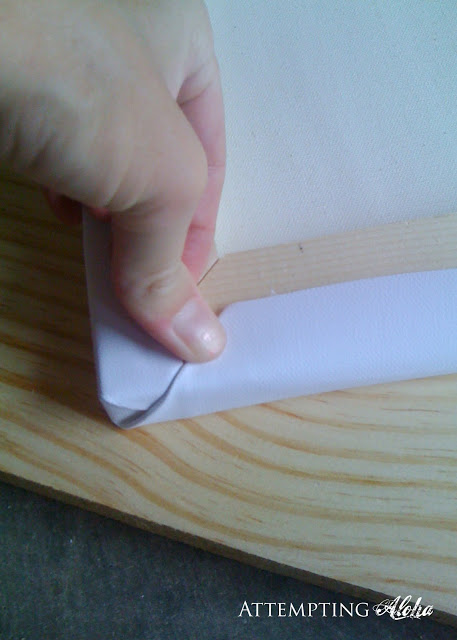 Then attached whatever means you’re going to use to hang it, and you’re done! Easy as that! 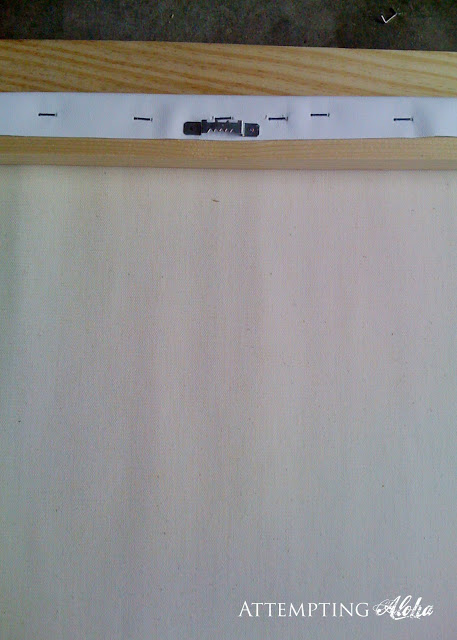 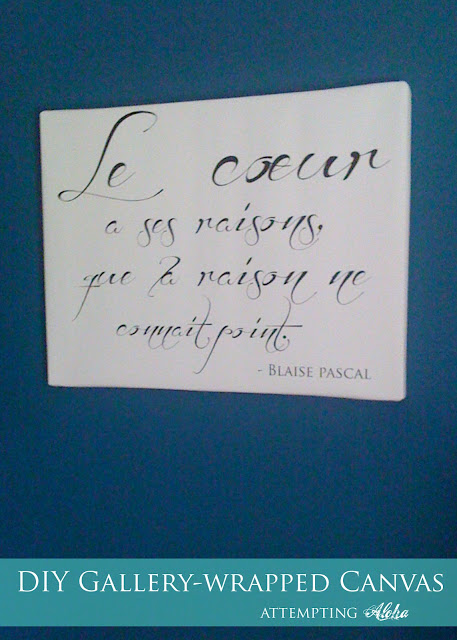 Uprinting.com also has some great prices for business cards, postcards, and other print options. You can find them on:

DISCLAIMER:  I was compensated for my time in creating this project and writing this post. All opinions in this post are 100% my own.

Such a fun project! I definitely feel brave enough to do a nice big family shot to hang above our mantle or one for my girls’ room! I think I might splurge and pay $33 for a 20 x 24 (do you know how ridiculously cheap that is for a stretched canvas?!)  Even a collage of some 8 x 10’s would be fun. They’re only $13! Possibilities are endless with a little DIY effort, right?

** This is my original design and idea. I hope to ... END_OF_DOCUMENT_TOKEN_TO_BE_REPLACED